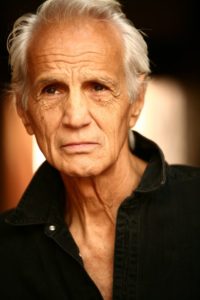 The Bach Theatre Company President is Gregory Bach. He has trained personally with Sal Dano and some of the most respected acting teachers in the country. He is a lifetime member of The Screen Actors Guild and has been teaching his own Acting Workshop / Acting Classes (as well as private instruction) in the Los Angeles area for over 30 years.

During my years of “Directing and Coaching” actors, it became obvious to me that actors are more “Athletes” than they are “Artists.” I also believe they should be  trained how “World Class Athletes” train, not by a “Teacher,” but by a “Coach,” who will bring them to the “Edge of Their Ability,” through the repetition of “Making Mistakes.” This will eliminate the “Fear of Failure” creating “Focus” the very essence of “Self-Confidence” triggering  “Being Audition Ready” and most importantly, “Being Director Ready.”

Gregory Bach has also appeared recently on the TV series “Castle” and “Criminal Minds” as well as numerous television commercials including, “American Airlines,” “Toy-R-Us” and many others.  He has eleven “Drama Logue Awards, to his credit.

To the novice actor just arriving to La, La, Land what is more important than a rent-controlled studio & a great day job? What tool will be your first audience, your toughest teacher, & for some, their most difficult opponent in “The Industry”? Because this is one thing you can’t BS or half-fast. You wanna be lazy, don’t come here. A great one will challenge you to be not just a great artist but a better person. It will teach you life lessons that you’ll take with you & apply to daily life years after you’ve been taught them. What or who am I referring to? The all mighty Acting Coach.

The Master. Yoda, Mr. Mayagi & Buddha all rolled into one. I’ve been fortunate enough to know 2 great acting coaches. The first one was Greg Bach in 2001 & the other is Greg Bach in 2019. I met the first Greg in LA in June of ‘01. Our first meeting consisted of Greg telling me a story of how Stevie Ray Vaughn used to use heavy rings to strengthen his fingers while practicing guitar & when he removed the rings his fingers were flying on the guitar. That’s what we do in Greg’s Film Acting class. He puts the heavy rings on us Actors & when Hollywood calls, we fly effortlessly on set.

His “Notes” are full of life lessons & he smells BS before it even enters his acting studio. I’ve read his book, been in one of his productions, studied with him for over 5 years & known him for over 15. Trust me when I say this; there’s no one in Hollywood nor anywhere else doing the type of work that Greg demands of us. He’s created a safe place for us to fail. Every night we actors fall on our face. Over & over again. But guess what? Eventually Greg allows us to fix our mistakes on our own & then when we’re on the set in Hollywood we won’t be making those mistakes again. Ever.

Greg gets inexperienced actors to understand how to work with A-List Directors in today’s Hollywood. We use scenes to dig into where we’re weak & then Greg goes to work.

The 2nd Greg I met this past January as fate would have it Greg came to Murrieta. I then tracked him down on the Internet and we’ve been working again ever since. The 2nd Greg is more detailed now on his process. Now, we work EXACTLY how they do on studios in Hollywood for A-List Directors.

How is Greg different than the rest? He knows that each actor is a human being first & foremost and that we all learn differently. This sounds very basic but I’ve been to hundreds of acting classes & workshops and no one else gets this simple fact. Greg doesn’t work every actor the same. He knows we all come from different places with different cups full of shit. So, he has to empty those cups differently for each artist. Unlike so many famous acting coaches, Misner, Strasberg, Adler..etc. they all had their own method & actors had to learn that method in order to get work. Greg has his methods which are universal to each artist. The artist will show Greg what to work on & then Greg’s genius comes out & we all sit back in awe as we watch actors transform right in front of our very eyes.

I’ve learned all that I have as an actor from Greg. All the future success that happens to my acting career will be due to Greg Bach. Greg has been an acting coach for over 42 years. He’s like a fine wine, only getting better. He is manufacturing Leading Men & Leading Ladies out of a small studio in Murrieta, CA. It ain’t easy, nothin worth it ever is.

So, in the notes of Greg Bach, “what do you want & what are you willing to do to get it?”

I have been studying for years the art of acting and although I have been to some of the best schools in LA I felt as if I was not really progressing as an actress and my talents. Greg has changed all that around in the short amount of time I have been with him I feel like I have improved so much. I feel more confident as an actor and that is important for auditioning. Greg’s class is the only class I know of that is simulating being on a movie set. This is highly important if you want to work on a movie set.

Charese Mongiello
Author of A New Slant on Acting

Our vision is to enrich, inspire, challenge and expand our world through the arts.